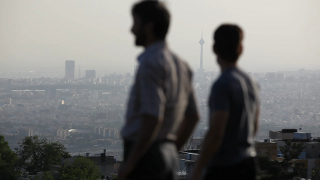 A film by Alex Gohari

According to official statistics, one million Afghan refugees live in Iran. However, this leaves out the numerous “illegals”. Every night, hundreds illegally cross the vast boarder that separates Afganistan from Iran. Trying to escape either violence or poverty. They prefer Iran to the West for several reasons; it’s close, it’s a Muslim country and they speak the same language: Persian. Above all, Afghans can find work there. These illegal immigrants have become “Tehran’s little workers”, essential to the country’s economy. But they are not always welcomed with open arms. We investigate the harsh living conditions of Afghan refugees. The Iranian capital city has become a huge construction site, yet Iranians no longer notice the drudging labourers who transform their city. Workers, sometimes as young as 13, who live in barracks and work night and day.