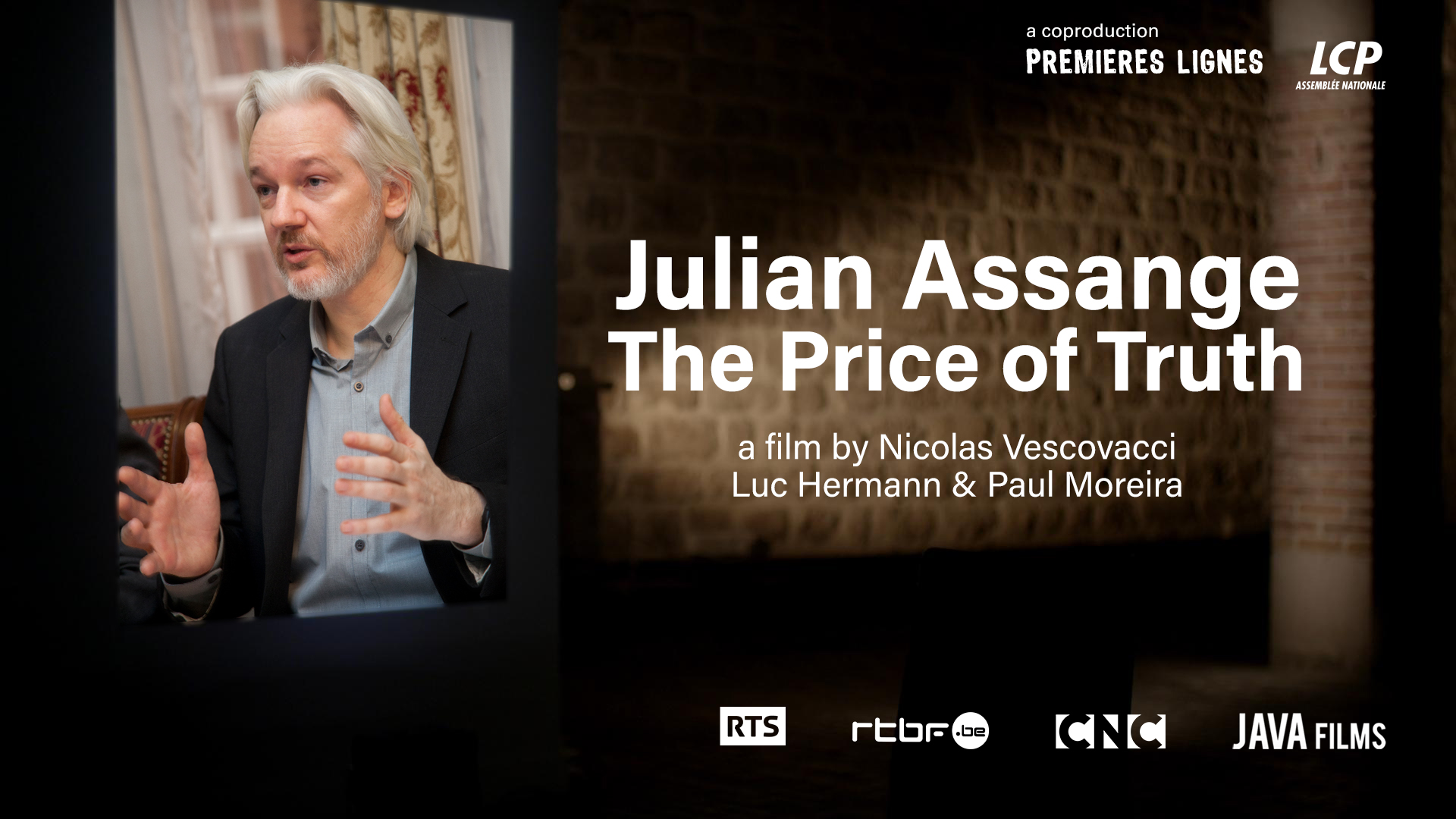 Julian Assange
The Price of Truth

The decision not extradite Julian Assange to the United States is unlikely to be the end of his long struggle. For the past 10 years, Premiere Lignes has investigated Assange and the WikiLeaks network.

For the past 10 years, Premiere Lignes has investigated Assange and the WikiLeaks network. In their first film in 2011, they interviewed Julian Assange and his team and profiled these new transparency activists who aim to disrupt citizens’ relationship with information. In 2013, they met Julian Assange again, interviewing him in the Ecuadorian Embassy in London, where he described a society petrified by authoritarian excesses that he felt obliged to confront.  At the time, Assange had no idea that he was going to spend seven years between four walls, watched by surveillance cameras.

During the past decade, Wikileaks has come under constant pressure from the U.S. government. But the site continued to publish compromising documents that illuminate and shape our world. In 2016, its interventions in the US elections played a crucial role in the election of Donald Trump. In 2017, it tried to similarly influence the French election.

Throughout all these years, the Première Lignes team continued to investigate, regularly filming new interviews. They met with Julian Assange’s father who regularly goes to Belmarsh prison, near London, where his son is imprisoned, and spoke to his lawyers who denounce arbitrary detention.

Today, Julian Assange and WikiLeaks are at a turning point in their history. For his detractors, Assange is a spy and traitor who deserves his fate. For his supporters, the extradition request is a serious and unprecedented attack on the freedom of information, protected by the First Amendment of the U.S. Constitution. Who’s to say The Guardian, Der Spiegel or Le Monde could not also be prosecuted for collaborating with WikiLeaks?