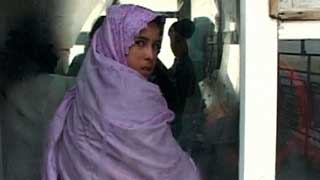 A film by Mariane Denicourt

In 2006, Marianne Denicourt, a French actress, went to Afghanistan. While she films boys and girls learning how to read in singsong fashion, her camera is drawn to the sad, magnetic face of a young girl who no longer looks like the child of nine that she is. Nassima’s eyes convey fear. One morning we learn that she is to be married to a man she doesn’t even know. The school decides to fight to keep her from being married by force. School officials meet with Nassima’s family, her father, the family of the future husband; they appeal to the authorities. A confrontation between modernity and conservatism. Miraculously, Marianne Denicourt is allowed to film it all.