One company has achieved an amazing tour de force: turn coffee, the most mundane soft-drink, into a magical potion. A beverage sold a fortune that changes you into a sophisticated human being. That gives you the illusion that you make a difference. And let you believe that you are – for a moment – above others.
This company is Starbucks.

One American entrepreneur has understood how high a price we were ready to pay for this promise. A leader who claims to be progressive: Howard Schultz. By addicting millions of customers to his beverages, he has built an empire, an inescapable landmark of globalisation.

This investigative documentary explores the brand’s appeal, what made its success and reveals the coffee giant’s dark underside.

What does the world according to Starbucks look like? The coffee giant has poke into our lives. Its 28,000 stores are set in the top locations worldwide, in 75 countries. A bold success that covers a far more bitter truth that the firm would like to hide. Just like its permanent race for profits and the high pressure on its employees. Its cynicism disguised as authenticity. Its fast food products sold as premium ones. And its very own understanding of tax laws in Europe. 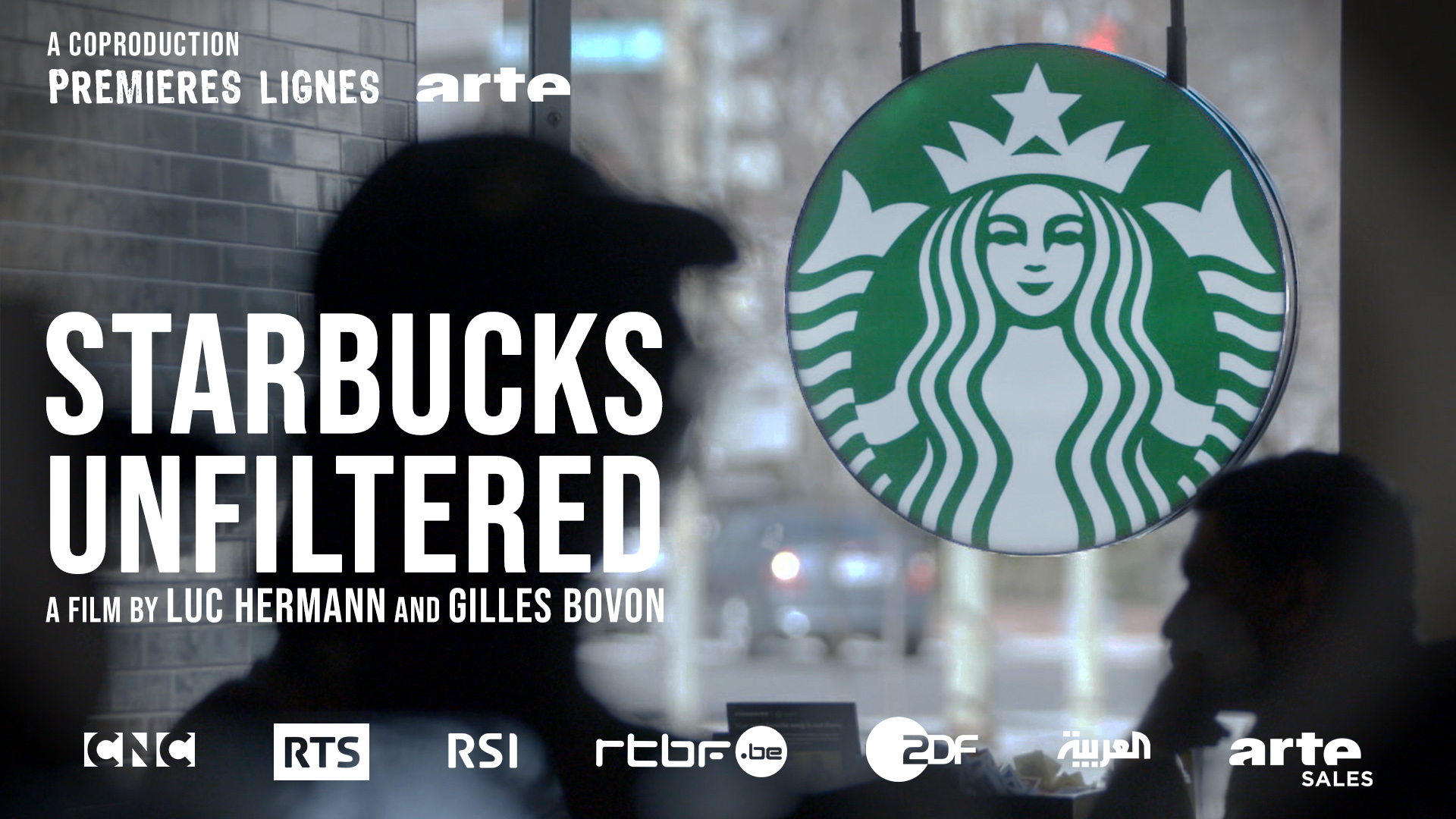