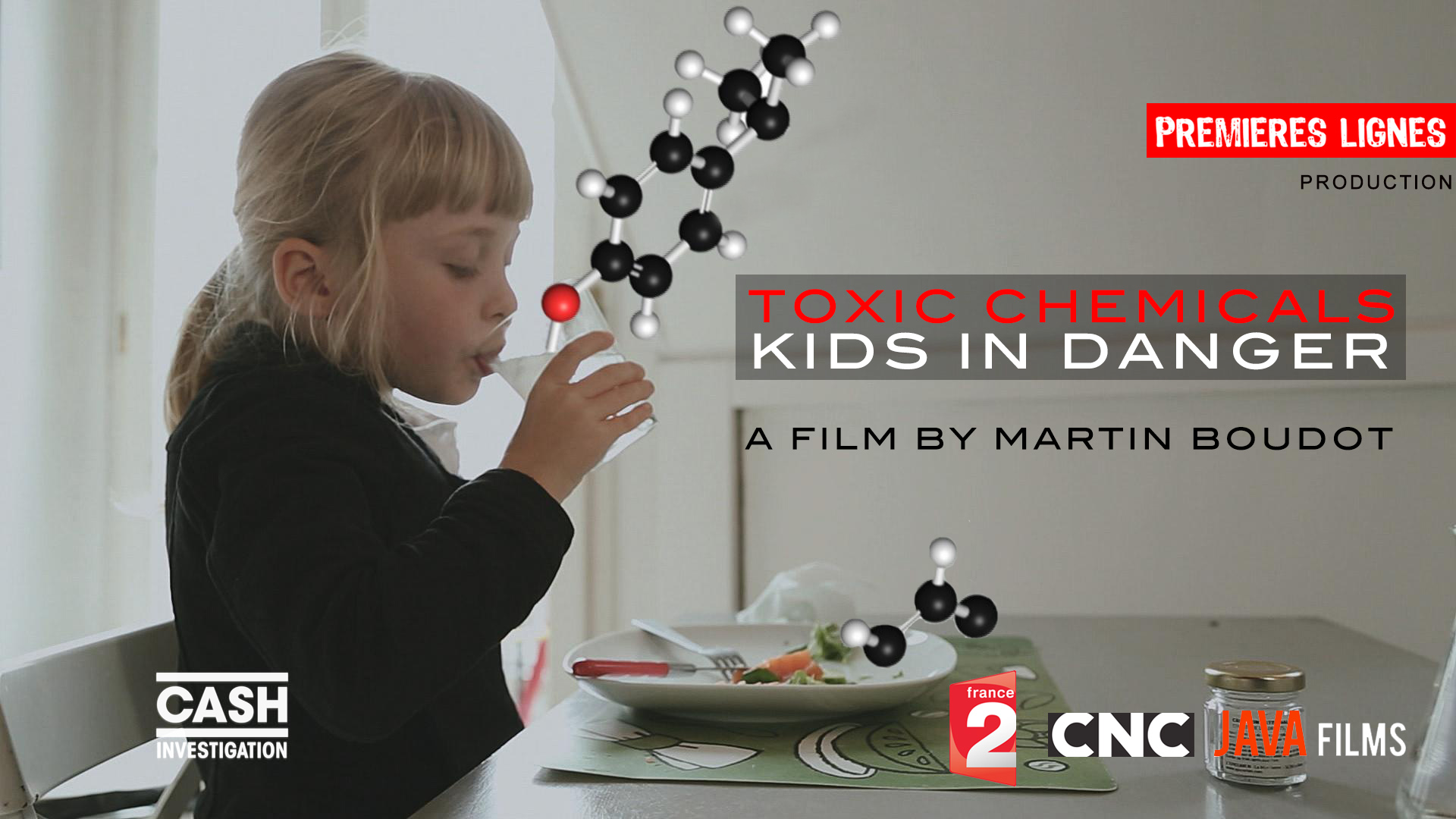 There is a battle parents can not win even if they want to protect their children.
A pollution that you can not see, that you can not feel but which the children are exposed to. Some dangerous particles, hidden in our food and in our water. Some invisible molecules in our furnitures or in the dust of our homes.

Children can be exposed up to 128 chemical residues a day. Some of these products are carcinogenic, mutagenic, toxic for the fetus or neurotoxic. Children are the most vulnerable because their brain, their body are fully developing. It’s a critical time.

All around the world, scientists and doctors raise the flag. Increase of child cancers, multiplication of birth defects or hormonal disruptions, explosion of autism. These very different diseases could have the same origin: chemical products. The number one suspect is well identified: pesticides.

Six corporations control this sector: Syngenta, Bayer, Monsanto, Dow, Basf and Dupont. They are called “The Big Six”. They rule over a market of 50 billion dollars.

During a year, director Martin Boudot has followed the tracks of their molecules. Some of the most dangerous ones get into our everyday life. In the air, almost everywhere in France, children breath a pesticide classified as “probable carcinogenic”. Distributed all over the world, it’s one of the best-seller of the German giant of chemistry: Bayer. Martin Boudot and his team of reporters took some hair samples from dozens of kids in order to analyze them. The team attended Bayer’s annual shareholders meeting in Germany to confront the corporation with its own principles.

How can we explain the impressive rise of autistic children in the world? A growing number of scientists are pointing out a surprising cause: chemical exposure.

From Brussels to California, this documentary gives a closer insight to the links between of one insecticide sold by the American company Dow Chemical and the autism of some children. A finding which compelled the European pesticides lobby to grant the team an exclusive interview and the French Minister for Agriculture to change the law.

This toxic tour ends in Hawaii, where politics and citizens battle against the pesticides industry. This paradise on Earth has become an open-air laboratory. Corporations test their future plants and seeds. To put an end to the abnormal rate of birth defects on the island, citizens voted against the massive use of pesticides in the fields close to schools and hospitals. But they failed to enforce the decision as the pesticide industry fought it in court.

After a year of investigation in France, Germany, Belgium and USA, this documentary reveals how some chemical corporations endanger the health of our children.