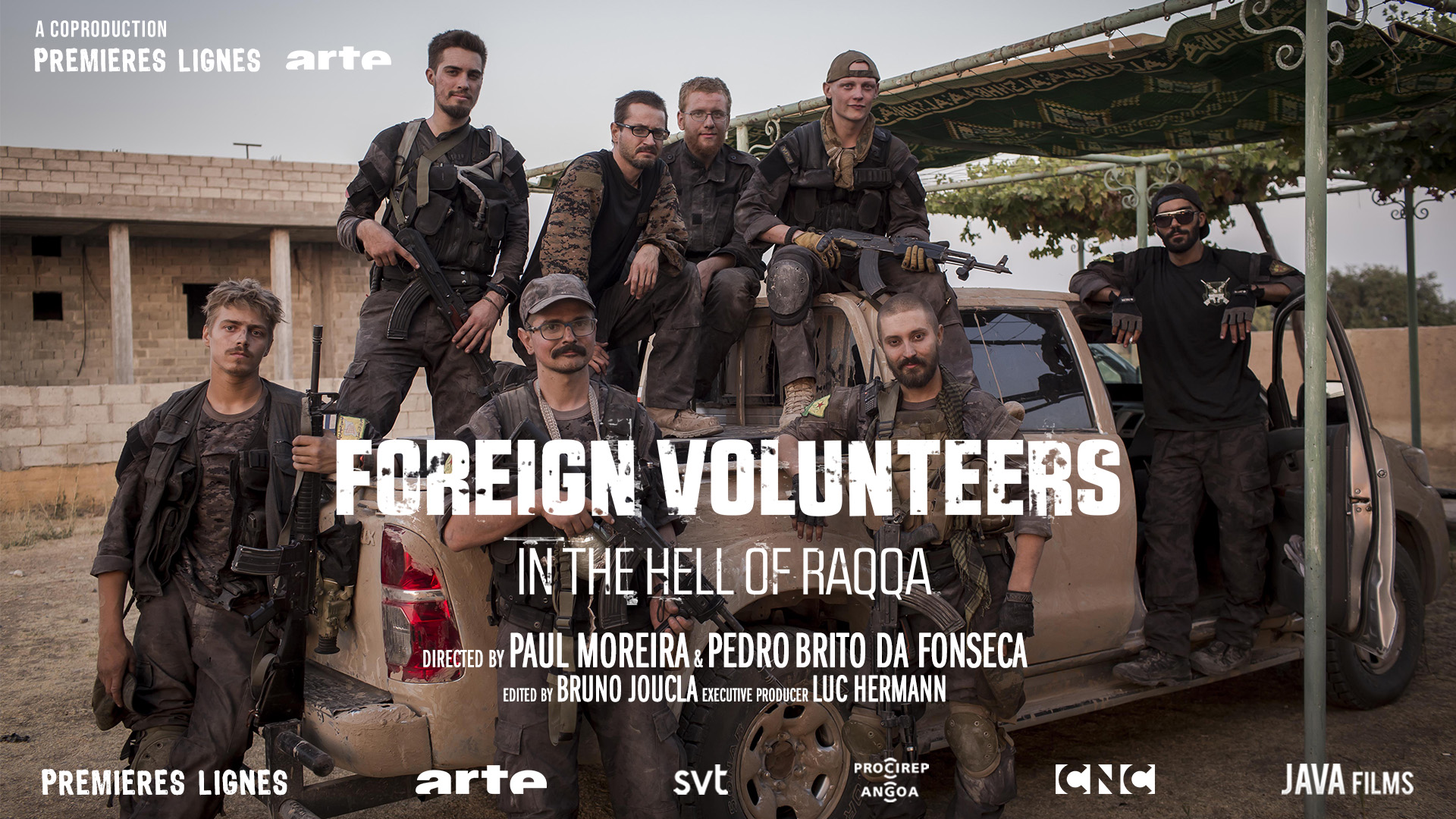 Foreign Volunteers
In the Hell of Raqqa

Filmed, fly on the wall style, fighting, talking, laughing, being attacked by suicide bombs and sniper fire. We were with them until Raqqa was freed. And then followed them back home. Changed forever.

They are from all nationalities. They dwell in the mythology of the International Brigades of the Spanish Civil War. They chose to give up their comfortable lives and go fight ISIS in Syria. It’s where we met them. Every night, between July and October 2017, young men with no previous military experience pushed through the most dangerous streets of the world. They conquered Raqqa, block after block. They met death and violence. And eventually, along with the Kurdish and Arab forces of the Syrian Democratic Forces, they liberated Raqqa and ended the reign of the most murderous cult of the XXI century. Some of them went back home. We were there when they told their story to their families. 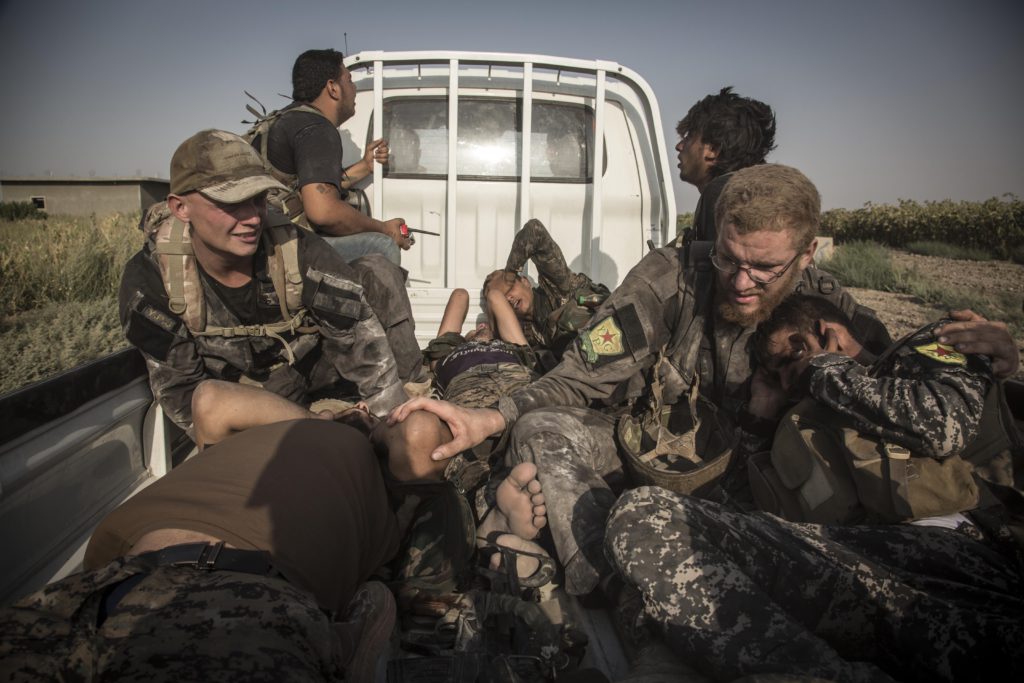